Tower, this is Ranger requesting a flyby. The vid

I stumbled across this video today and uploaded it.
http://www.vimeo.com/18201279

The scary part was sweating that I was going to get kicked out of NASA. Jim and Tom, Regional Director and Race Director, had been told by some corner worker that I’d gone behind the tower “at speed”. So unsurprisingly they were pretty unhappy with this unknown newby that had just joined NASA.

They yelled at me until they were exhausted. Tom was so mad he was shaking with rage. I figured that if I opened my mouth to defend myself, it would put them over the edge and I’d be out.

If I had been in their shoes and some asshole had gone behind the tower at 90mph, I’d have certainly kicked him out of the organization. That would have been insanely dangerous. I wouldn’t have even bothered with yelling him. I’d a just told him to pack up he was out.

Going off at 9, where most cars end up getting thrown across the track and smacking into pit wall, wasn’t that scary. All brain cells were decisively engaged in trying to encourage the car, skittering across the dew-wet grass at 90mph, to stay in the grass. I didn’t have the brain cells to spare for fear.

The cause of the off was inexperience. This was the second lap I’d ever done with new tires. All my previous tires had been used Ebay tires. I thought the new tires were going to have a lot more grip. What I learned instead is that used Ebay tires aren’t all that bad.

rofl… i remember hearing your story about this but just couldn’t visualize it! that’s pretty funny…

Especially when it is caused by a rookie mistake?

Especially when it is caused by a rookie mistake?[/quote]

allow me to rephrase…i get upset when anyone passes the jtower. nothing you need to be concerned about steve.

Right. Unless it is a longer race, there is little chance of me lapping you.

Surprised there is not a wall of some kind delineating the ‘track’ space from the ‘officials’ space. That spot could definitely do with a big gravel trap!

Roebling is my home track. It was routine, in some orgs driver’s meetings, to brief that if you got in the grass at the exit of 9 there was ton’s of run-off, in fact, you were welcome to go behind the tower if you wanted. The couple that ran RR were at many of these meetings. The “you can go behind the tower” was always delivered with a chuckle, sure.

But then the day came that I found myself in the grass, damp with morning dew, fighting to maintain control of the car as it skittered. By the time I got the speed down a bit, I wasn’t sure if I had enough traction to turn right sharply enough to avoid the rapidly approaching guard rail. So, remembering all the times I’d been told that going behind the tower would be ok, I just let the car go in the direction it was already pointed.

I knew I had slowed way down, but everyone was so mad at me that I was afraid that trying to defend myself would just make them more angry. “Reckless shithead” is the phrase I recall. So that night I pulled my data and video and made a pic of me behind the tower with the speedo at 9mph. 10yrs later, I still carry that pic in my log book . And that is how adventure stories are made. 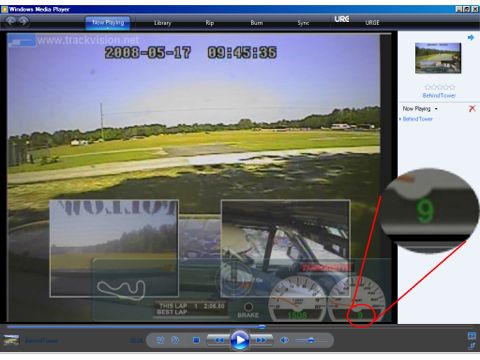