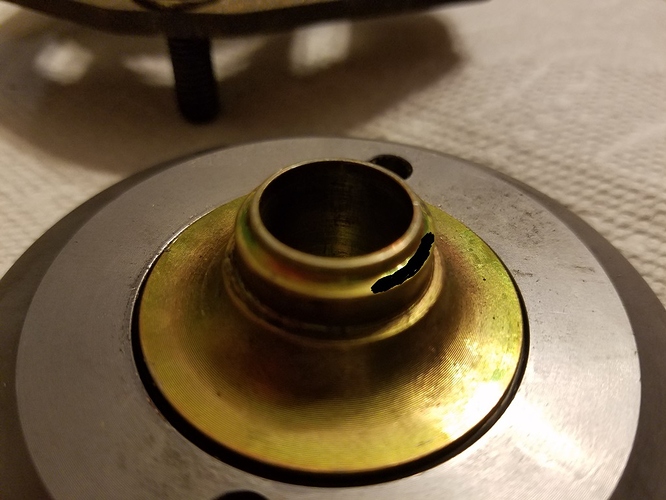 As you can see there isn’t much of an “insertion lip” adjacent to the marked load bearing surface. That lip is only 2mm high so doesn’t insert deep. Not much rigidity in that connection. 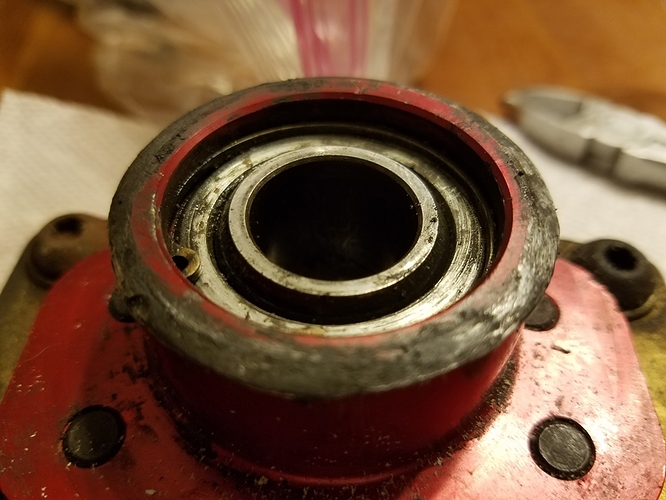 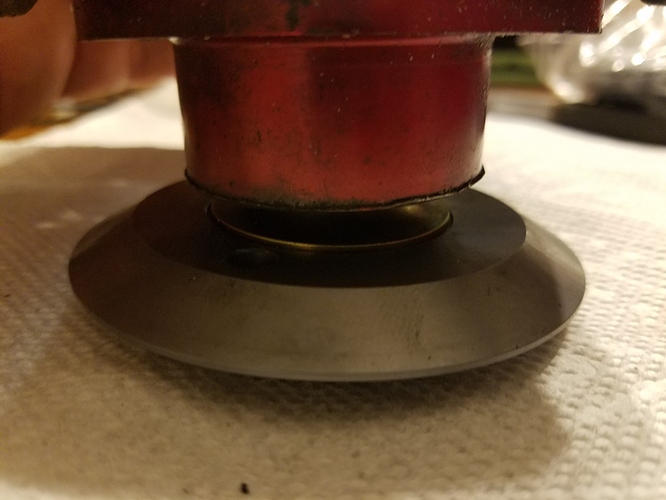 20190517_213954.jpg1024x768 144 KB
This pic shows the GC top hat attached to the camber plate just like it would sit in your car. Note how the camber plate is a fair amount above the top hat. That’s important because that means that there’s no way some weight from that corner is pressing on the camber plate, except thru what I called the GC weight bearing piece, which transmits all load to the GC spherical bearing. 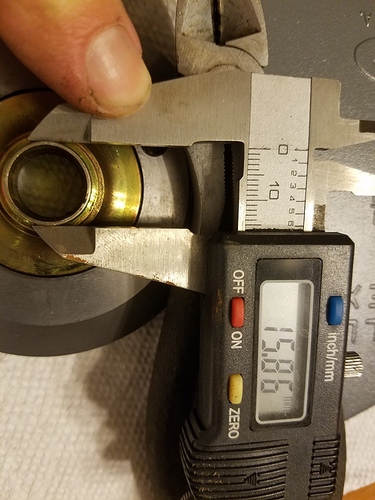 Vorshlag. Here’s the top hat (bottom) and the spherical bearing (in the slider) that it fits into. The surface marked in red is what bears the weight of the corner. If you look back at the top hat you’ll see that it has a tall lip that inserts into the It inserts 10mm deep which has to add rigidity to the connection. 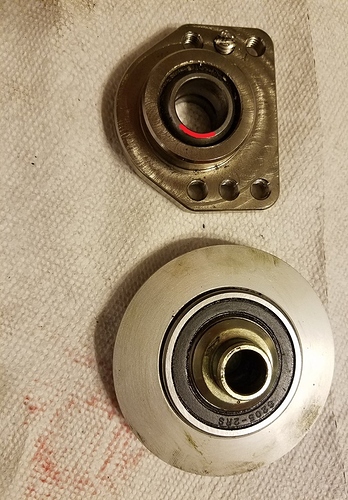 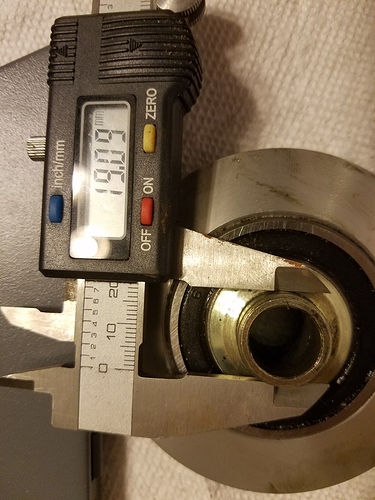 This pic shows that, just like the GC design, the Vorshlag weight bearing element is transferring all weight to the spherical bearing. 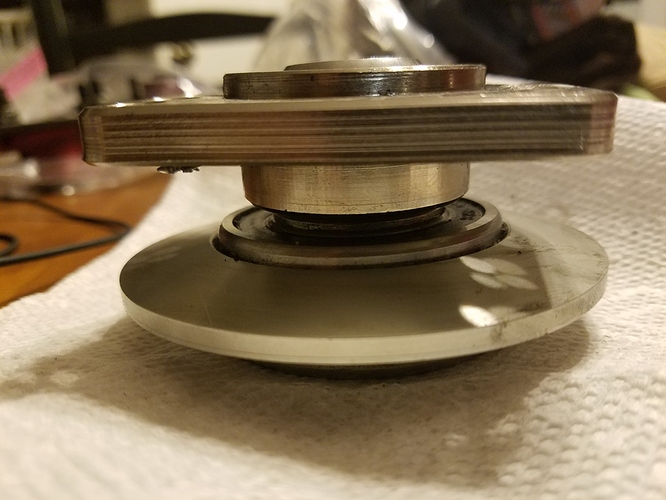 I did not attempt to compare the spherical bearings themselves. I didn’t take them apart.

Now the biggest difference between the VL(Vorshlag) and the GC is one uses a deep grooves bearing for the hat and the GC uses needle bearing. Also talking about surface area. 2mm x circonference 2* pi* R 2*3.14.7.5mm=47.1mm^2(Gross approximation) So some mid grade 6061-t6 with 200mpa tensile strengh could hold a little over 2000 lbs on that little surface. Move to steel and it can hold 2 times more.

I have mentioned before, but it’s possible to emulate the GC with a purchased needle bearing, but also the VL deep grooves bearing is overkill. (Correction, I have a hard time finding a bearing that can take more 900lbs force in axial for the approximate size.) Needle can hold around 2500lbs for that size, but can’t hold any radial load.

Only thing that affect real performance is how much caster camber you can get and how much shock travel you loose(hat height).

BTW the other spring hat on Facebook does bypass the spherical in terms of loads. It’s just the one you are showing is a conventional shape/clearance design.

I think there are two different GC camper plate designs and you should for that reason probably define which GC design you compare against. The picture shows the design where a “cupped” washer is transferring the load against the plate itself and not the spherical bearing. 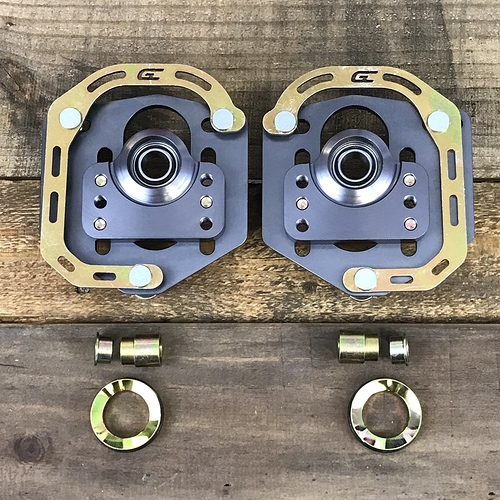 Go ahead and do the same study. I can only study the GC camber plates that I own.