I had some problems with fuel sloshing out from near the cap. I could smell it, and a video from a buddy made the general vicinity of the problem clear. I decided to look into the fuel venting system and see if there was some obvious problem that said “I’m the leak.” The reason I went after the fuel venting system is that I tried 3 different fuel caps and the problem persisted. Besides, I’ve long known I had a venting system problem because I have to use a vented fuel cap or my gas tank becomes a low pressure zone. 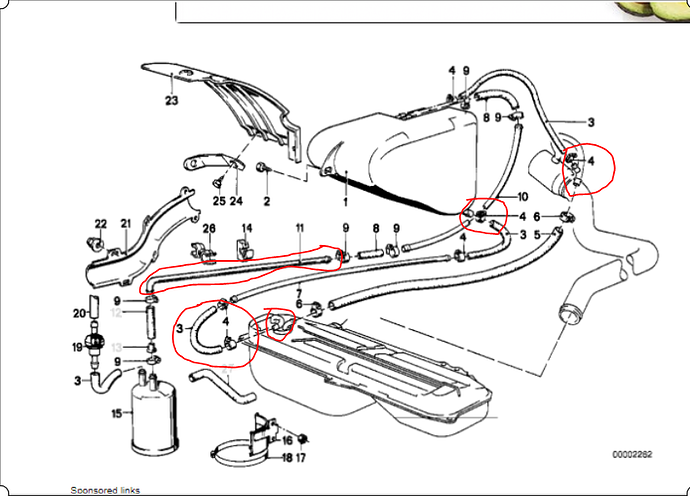 Here’s a diagram from RealOEM for an early E30. The diagram shows part #s well, but it’s got some flaws, which I tried to circle.

I plugged both ports at the top of the expansion tank. 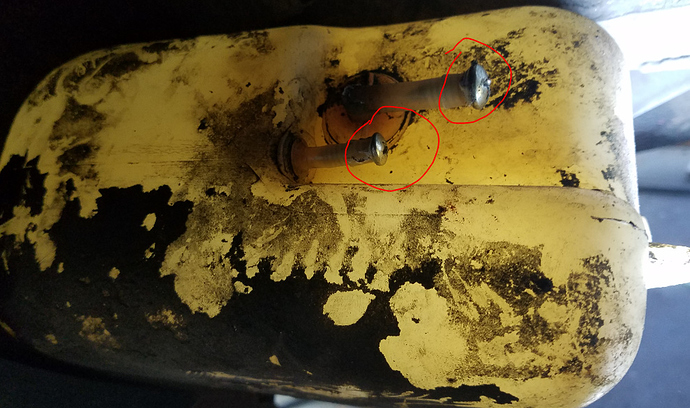 Note that the plastic hose from expansion tank to filler pipe won’t vent squat unless you have a vented gas cap.

Because the rules say we can remove the carbon canister and associated hoses, I felt like the rules covered me. The 2 little plastic hoses were “associated.”

The hose was not easy to get thru the pipe that goes into the interior of the car. No amount of lube would see it thru. I’m sure this step is easy if you drop your fuel tank, but I was determined to avoid that. Ultimately the way I got it done was to thread the carbon cannister’s plastic vent hose, it’s the 6mm one, not the 8mm mystery plastic hose, and then thread, or maybe “sleave” would be a better word, the 14mm hose along after it. The 6mm hose, inside of the 14mm hose acted as a guide for the larger hose.

I could not find the right dia hose locally. 9/16th would have done it, but I couldn’t find that either. If you go down this path, find a hose with a thin wall. The hose needs to be pliable to get over the connections and flatten down where it goes past the rear strut. https://www.amazon.com/gp/product/B07XJPHW91/ref=ppx_yo_dt_b_asin_title_o00_s00?ie=UTF8&psc=1 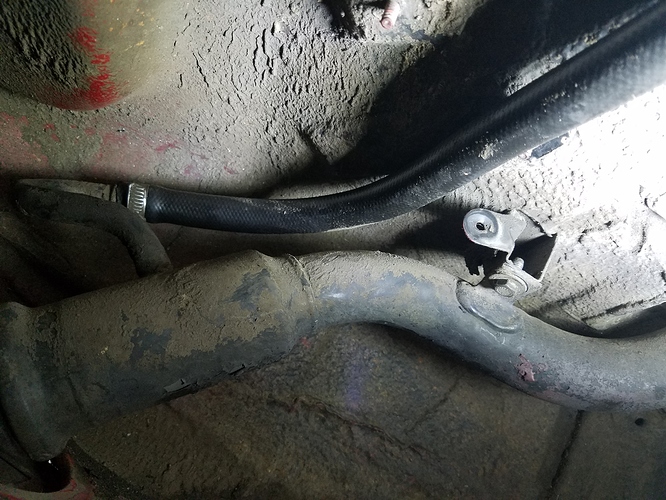 This is a pic of the T that was removed. Don’t throw this away. After reading the next post, you might want to keep it. Doesn’t need to be connected to the expansion tank tho, connect it to hose 5 and the plastic pipe that goes to the driver’s side of the gas tank. 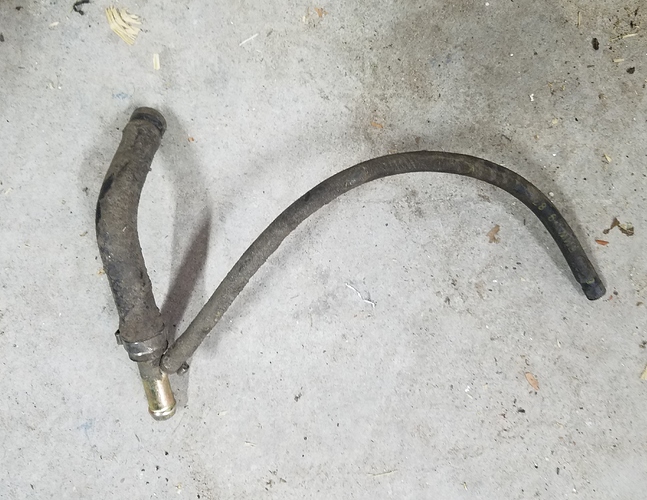 So here’s how I think this stuff is supposed to work.

Any fuel that condenses in the expansion tank can return to the tank via hose 3-7-3.

What really got my attention is that I was unable to ID anything that would allow air to come into the tank, so that the removed fuel doesn’t start trying to create a vacuum in there. Several fuel caps ago I had one that, when I removed it after a track session, there’s be a big sucking noise into the gas tank. Not only did I suck, but so did my gas tank. After that I bought a venting gas cap, but I noted that they don’t seem to vent but a year or two and then they plug up, or something.

So I’m thinking that our fuel system was designed for a vented gas cap. Then, years after production ended, the EPA probably forbid them, and that’s why so many of the gas caps today are non-venting.

There were some discussions on this at fb and one of the things that came out was about the plastic pipe circled in the pic below. One of the guys says that it vents the driver’s side of the fuel tank and he’s probably right. The other end goes to the expansion tanks and also T’s to hose #5. Upon reflection, I think it’s important to retain this functionality. So if you play on this project, your ultimate solution needs to prevent the build up of fuel vapor on the driver’s side of the fuel tank. The way to do that is to give this plastic pipe away to vent to atmosphere. The most elegant way would be to use that hose #5 T to connect the two. That way a vented gas cap would vent both sides of the fuel tank. 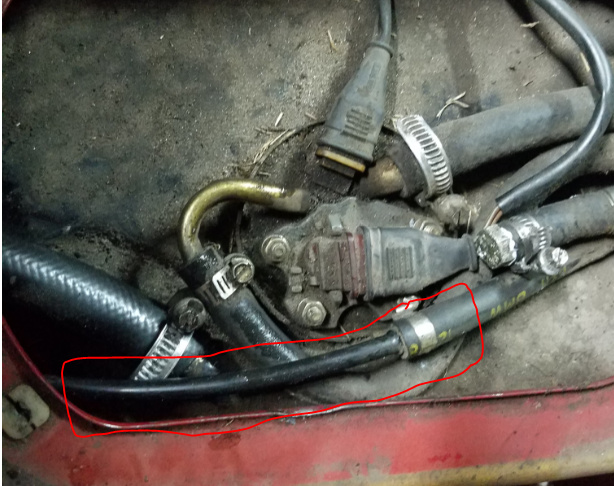 I went back and T’d the plastic pipe to the driver’s side of the gas tank into hose 5, using the OEM T. So nothing is connected to the expansion tank now. It’s still in place, it just doesn’t do anything. 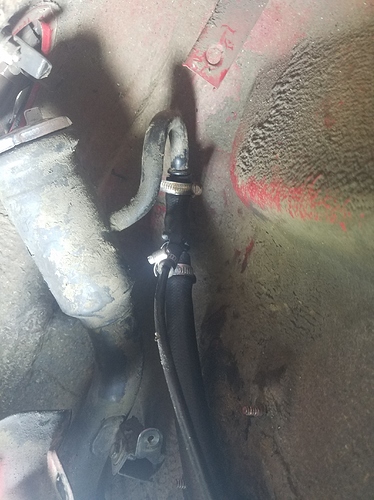