The objectives are along the lines of:

Bottom line. Oil pressure monitoring becomes much simpler if you get a high end programmable guage.

I learned a lot, but the plumbing was kinda complex. It was hard to keep it all working well. Cheap sensors, switches and gauges are all very vulnerable to good grounds and reliable supply V. I was constantly bedeviled with senders, switches, and gauges that didn’t seem to agree with each other. Trying to make the data logger agree with all of them was a nightmare of constant recalibration. It was chaos.

Buying the programmable gauges simplified the whole thing significantly. Being a cheapskate, I always go for the cheap solution first in the hopes that I can make it work. Sometimes it does, this time it didn’t. I would have saved a lot of money if I’d had just bit the bullet and got high end gauges the first time.

Programmable gauges will change colors, flash, control an external warning light, all at programmable thresholds. They will also connect to your data logger, and turn things on/off like fan. For example, you can set the gauge, I mean the entire gauge, not some little light on the gauge, to turn red at 25psi and blink red at 20psi. Your 7psi OEM gauge isn’t going to tell you squat when your oil pump is just starting to blow the odd bubble on a fast sweeper as your ass is hanging out and your hair is standing straight up.

My gauge is a Stack unit. They got bought out by Autometer some years ago, so Autometer offers the same gauge, they just call it something different. I’m sure other outfits offer similar devices.

Your warning light. Being able to spot the first glimmering of a problem is really important. But it’s common to see people put their warning lights in DD-like places that are no where near prominent enough to get instant attention in the furious heat of battle with sweat in your eyes and buddies surrounding you on all sides at 12" separation. Your warning light(s) need to be right in your face and burn-out-your-retinas bright. A SpecE30 veteran of many years lost 2 engines in 2yrs due to coolant loss. His coolant warning lights were small and on the dash at the location of the OEM radio and HVAC controls. The first time he didn’t see his light he cooked an engine. So he made his little lights blink. He didn’t see them either so he cooked a 2nd engine.

My oil pressure gauge is set to turn red at 25psi and flash red at 20psi is on my steering column, but that’s not the first line of defense. On top of the dash are 2 sets of LEDs, one a little left of center the other a little right. I choose those particular LEDs after buying a bunch of cheap lights from Radio Shack (do they still exist?) and ebay, and playing with them until I found the ones that seemed to be the brightest. That world has matured significantly tho, so it’s gotta be easy now to find really bright LEDs. At night, my car is undriveable if those LEDs are illuminated because the warning lights are like daggers sticking into your eyes.

I chose 25psi as the first warning threshold because in a race, the OP shouldn’t normally go that low unless I’ve allowed engine rpms to drop in a braking zone or something.

There’s a pic of the warning lights below. There’s 2 sets at left and at right. The bottom pair is amber for coolant and the top pair is red for oil.

Feedback on oil viscosity. You can get a read on your oil viscosity by noting your OP with hot oil at a standard RPM, for example, 5k rpm on the cooldown lap. If you get <40psi, you might have a problem. Maybe you’re using a low visc oil, maybe your oil is old and is therefore thinner than it origonally was due to molecular shearing. Or maybe your bearings are wearing.

Note that low oil isn’t necessarily your rod/crank bearings. Oil pressure is a product of how hard it is to push oil. As long as the apertures that the oil is being pushed thru are pretty small, then the oil pressure stays high. If one of those apertures becomes big, then oil flows thru it easily and your OP is low.

Oil flows thru 3 circuits in your engine. 1) Crank and rod bearings. 2) Intermediate bearing (for oil pump). 3) Up to the head for the spray bar and cam lobes. If any one of those oil routes becomes more free-flowing, oil pressure throughout the engine will drop. So, for example, if your cam lobes start wearing grooves in the head’s journals, that could lead to reduced oil pressure everywhere, which would increase the possibility that one of your rod bearings might occasionally run dry. Later you could replace the rod bearing w/o ever understanding that the wiped rod bearing was a symptom, not the cause.

If you have a pretty good feel for what your hot oil pressure ought to be, at a certain rpm, you stand a good chance of detecting problems early.

Suspiciously low oil pressure #'s. With good gauges you can trust the #'s. Good gauges have 2 or 3 wires to the sensor so you aren’t dependent on perfect grounds nor perfect supply voltage. In pursuit of good #'s, I used a mechanical OP gauge for a while and that worked really well. It’s only weakness was that I had to install additional sensors and switches to get OP data to the datalogger and have an OP warning light.

Note that it’s not really about OP, it’s about oil flow. It’s kinda common wisdom that we’re supposed to care about OP, but that’s a simplification. it’s really about oil flow. As long as oil flow is constant to your rod bearings, the actual OP doesn’t really matter. The math of bearing lubrication doesn’t include anything about oil viscosity and the pressure driving the oil flow. It’s really just about whether you have uninterrupted flow or not. The accurate way to understand it is that low oil pressure should be considered an indicator that you are probably getting some oil flow interruptions somewhere. So when some kid tells you that 50psi is better than 30psi, he’s wrong. As long as the oil flow to your bearings is fine, then you’re good. But if your oil pressure is normally 50psi at 4krpm and you have a sudden brief drop down to 25psi, you know for absolute certain that your oil pump just briefly sucked air.

Or if one of the oil circuits is allowing too much oil to flow, then at mid rpm your oil pump might not be able to push enough oil to keep all 3 circuits full. So even tho there will be no sudden oil pressure drop, you’ve still got a big problem and your bearings aren’t going to last. 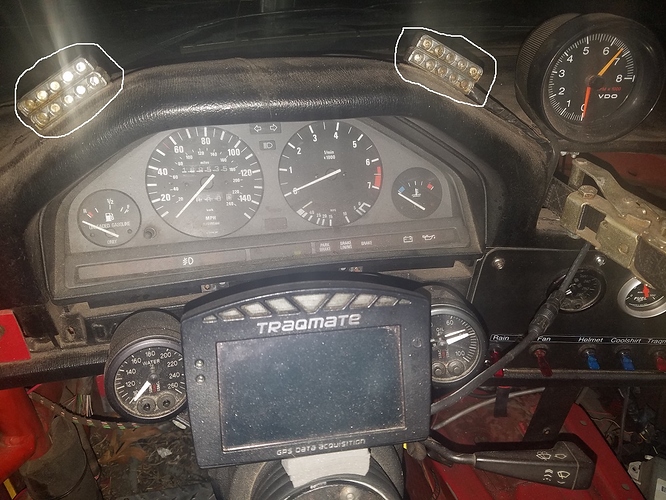 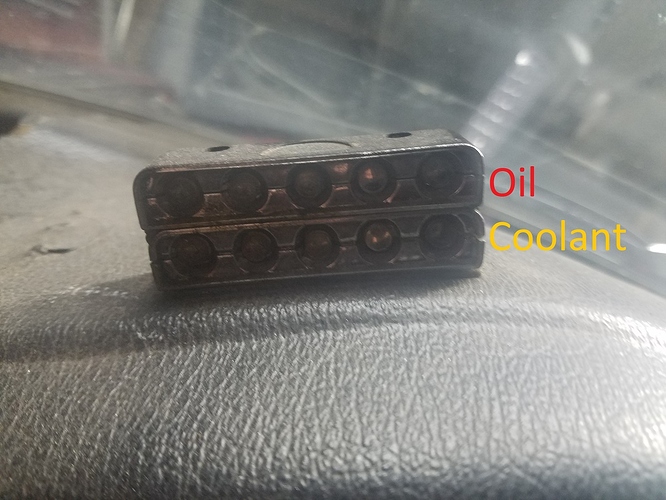