I decided during the last rain race, when I couldn’t see cars approaching from behind, that I was going to have headlights. But I’d do it in a way that wouldn’t leave busted glass on the track at each event.

I’ve not had headlights for years. The red things in the pic are disks that Sumpter Smith​ makes that are the right dia. to fit in the headlight rings. I also don’t have the OEM headlight switch. That got pulled out for the cage.

My first attempt didn’t work. I got some lights that advertised a bunch of strobe patterns, assuming that one of the patterns would be “steady-on”. Nope.

Another charm of LEDs is that they don’t take much current. Running a pair of headlights would mean running prob 12A thru some dash switch. So I just used the same switch that’s connected to the taillights and rainlight.

To protect the lights I’ll tape something over them. It won’t take much. The black part is metal so only the plastic white oval part will need to be protected from rocks.

The lights don’t look like much, but they’re pretty bright. A new OEM headlight is around 700lumen, These are supposed to be about 80% of that, but that could be as much marketing as truth so hard to know. That said, it’s not like I’m trying to illuminate the track in front of me, I just want people to see me. Because I pass so many people.

Ok, well, maybe that was kinda a joke.

Later edit. To protect the lights, I grabbed a regular ol’ steel washer and put it in the center of a 5" piece of duct tape. Then I used the duct tape to fasten the washer such that it covered the vulnerable transparent part of the light. As I write this the lights have survived 2 seasons just fine. 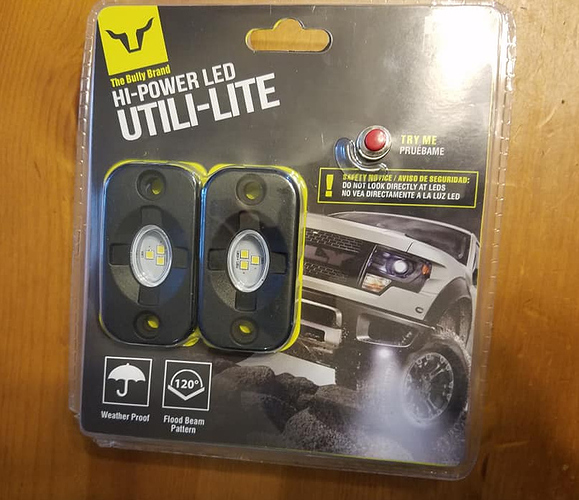 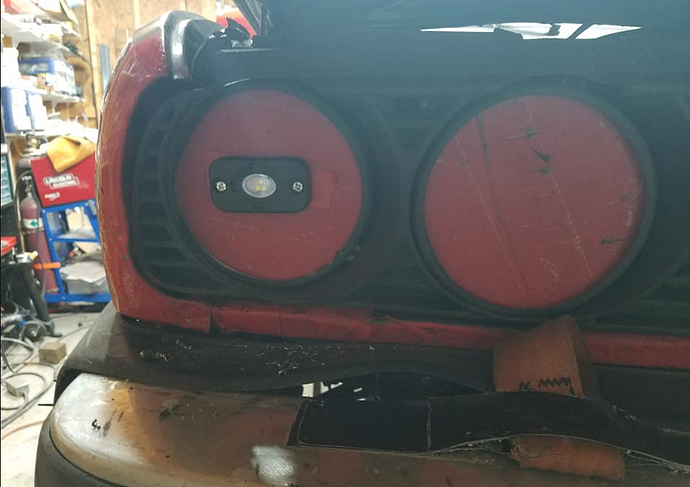 The lights are now available at HF. 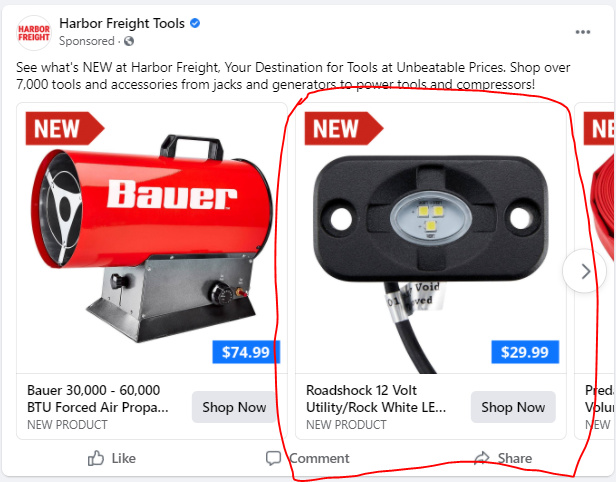 I just installed the lights above on my Matt Agurkis car.