Bottom line. The cause turned out to be the ABS Control Unit circuit board shorting out against it’s enclosure. If your ABS light is on and you blow your ABS relay fusible link each time you Key-On, then you may have the same issue.

<Later edit. Andrew Sides says that the external relay with it’s fusible link is Early only. So if you have a Late E30, look for a fusible link in the control module it’self. I have no experience with Late E30s.>

The fusible link is what provides power to the control unit. E30 electrical schematics are readily available. To find them search for “E30 electrical troubleshooting.”

Disconnect the ABS cable at hydraulic unit. Go Key-On and see if your fuse blows. If so remove your ABS control unit above driver’s left knee. You have to remove 2 small phillips screws in order to remove cable. Once the unit is out, you have to remove 2 security screws to get the faceplate off of the control unit. I got one screw off with vise grips, but the other I had to drill out.

With the circuit board removed from the enclosure, connect it back to the ABS cable being careful that it doesn’t ground against anything. Go Key-On and see if your fuse remains intact. If so, viola, you figured out the problem.

The bottom of the circuit board is separated from the enclosure by a plastic insulating sheet. I think that my problem was that one of the sharp soldered connections was poking thru the sheet and shorting out against the enclosure. The fix was to add thickness to the plastic sheet with 2x layers of duct tape. 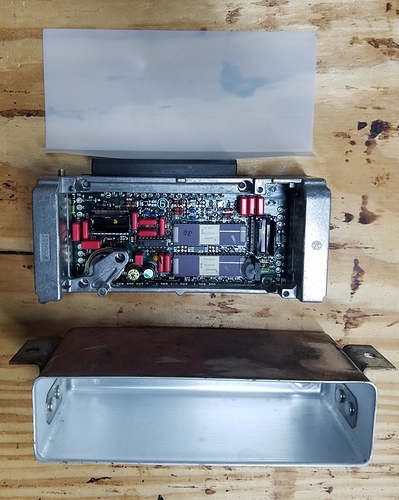 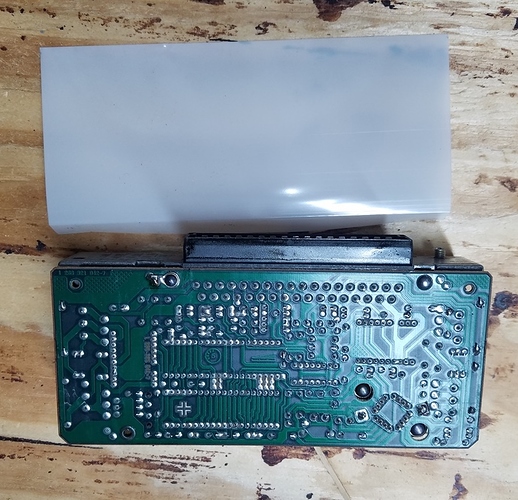 Having better info and control of ABS. I can only see my ABS light if I shift my position a little bit. It’s an awkward viewing angle so it wouldn’t get my attention in a race. I’m going to wire in a big red light on my dash in parallel with the OEM warning light. Then I’m going to put a 10A circuit breaker right next to the light that I can reset by simply pushing it. So no more having to replace an ABS relay just because the fusible link goes. Potentially, I could even reset it and restore ABS in the middle of a race, depending on the cause of short.